But Vodka is just Vodka right? 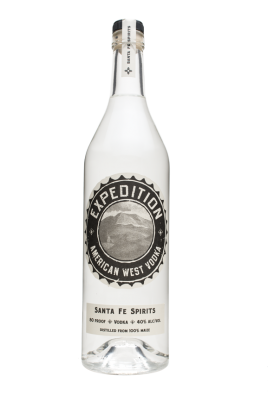 ​When I tell people that our Santa Fe Spirits Expedition Vodka is a corn based vodka, they generally look at me and either ask “what is vodka usually made from?” or “Oh, so its gluten free?”

Well, each question has an interesting, so lets look at both. What is vodka usually made from? Vodka can be made from any starch or sugar rich plant, generally wheat, rye, corn, or potato (although there can be many others). Where vodka first came from is a much disputed question, but we know that the first vodka was made in Eastern Europe, and it was originally used, like Gin, as a medicine. While it is generally believed that Polish, Russian, or other European vodkas were potato based, the spirit was actually made most commonly from Rye, though the ingredients could vary far and wide dependent on the most available, and the most affordable, ingredients.

No matter what vodka is made from though, the goal is to make an alcohol that is as odorless and flavorless as possible. Because of this, many people don’t think vodka has that much variety. But this is where many people are wrong. Of course, price point on different vodkas can vary dramatically due to the amount of times that vodka is distilled. The more distillation, the more smooth, the more money. But what about ingredients? Does potato vodka taste different than corn vodka even if the two vodkas have been distilled the same amount of times? The truth is yes. Santa Fe Spirits corn based Expedition Vodka tastes very different than any potato vodka. The corn gives it a smooth mouth feel that results in a slightly sweeter finish. Potato vodka, while it can be just as smooth, ends with a much sharper finish. Now this is not saying anything against potato vodka, but it is good to know that different bases can create different tastes, even within something that is supposed to be essentially tasteless.

Now, this brings us to the second common question that I get “Is Expedition Vodka gluten free?” The short answer is yes. But there is more too it than that. It is a common misconception that vodka (and all distilled spirits) is only gluten free if it s made from ingredients not containing gluten (i.e. corn, potato, etc.). However, the gluten molecule is large and heavy and cannot, in fact, make it through a distillation process. The gluten stays behind with everything else that is left over after a distillation and WILL NOT make it with the alcohol to the, for lack of a better time, “other end” of the still. Those spirits that are certified as gluten free are telling the truth, but the claim can lose some merit when one understand the chemistry behind distilling. (http://www.alcoholprofessor.com/blog/2013/04/02/what-really-makes-a-spirit-gluten-free/) Now, it is still important for those with gluten allergies or celiac disease to try and find out what is done to the spirit after it comes off the still as some can come in contact with gluten again (from certain barrel treatments etc.) But from a general perspective, all distilled spirits are gluten free, including Santa Fe Spirits Expedition Vodka.