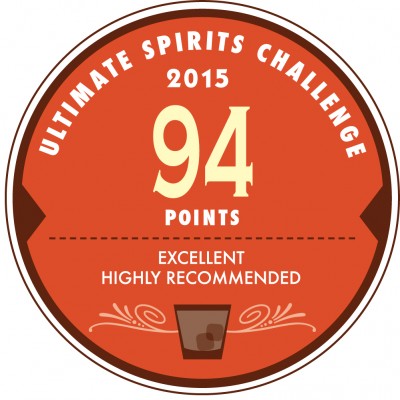 SANTA FE, NM – Colkegan Single Malt Whiskey has staked its place as one of the best American whiskies at the Ultimate Spirits Challenge. Hand-made in small batches in Santa Fe, New Mexico, Colkegan earned 94 points at the competition, which touts itself as one of the premier spirits contests.

Colkegan is a Southwestern interpretation of a Scotch, but uses mesquite smoked grain instead of peat for a uniquely smoked flavor with a sweet, mellow finish of vanilla and chocolate. The Ultimate Spirits Challenge (USC) judges gave the whiskey a coveted “Excellent, Highly Recommend” along with the 94 (of 100) point rating. The rating makes Colkegan the second ranked American whiskey.

USC tasting notes included: “The smoke is obvious, but it’s a sweeter and meatier smoke than one gets from peated whiskies. The spirit shines through a bit more in the mouth, then the smoke comes back and finally the… finish cleans the palate for the next sip.”

The award is the second major prize in 2015 for Santa Fe Spirits, the maker of Colkegan. Earlier this year Whisky Magazine in the UK awarded Colkegan its prestigious Editor’s Choice Award over 30+ other whiskies from around the world.

About Santa Fe Spirits: Santa Fe Spirits is the only distillery in Santa Fe and the largest distillery in New Mexico. The company began in 2010 when owner and then-architect Colin Keegan started making Apple Brandy from the fruit on his four-acre orchard. While the brandy aged, he released Silver Coyote single-malt white whiskey and then Expedition Vodka. The company’s Wheeler’s Western Dry Gin, reminiscent of the desert after a rain, is a new style of gin made with cholla cactus blossoms, juniper, desert sage, osha root and local hops that are all sourced near the distillery.

Santa Fe Spirits offers tours of its distillery, including a tasting of all five of its spirits, three days a week. The company also operates a tasting room in downtown Santa Fe that is acclaimed for its excellent cocktails and relaxed Santa Fe vibe. Monthly whiskey and cocktail classes educate and entertain patrons.