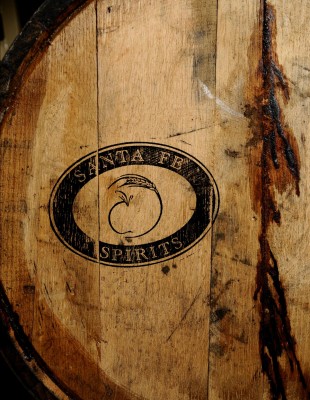 The tradition of aging whiskey in barrels dates back centuries, but where did this tradition originally come from? When was it that someone had the idea of putting alcohol in wooden casks to improve the flavor? It turns out that when barrels were first used to store spirits or wine, it was not because people wanted to add oak flavor to the alcohol. In fact, they had no idea that the use of barrels would affect the liquid inside at all.

The use of barrels as a form of storage can be dated back to the Celts circa 350 B.C. The technique of bending wood was most likely borrowed from boat building and barrels were used because they were very strong and could withstand wear and tear. They were also able to be rolled around and stacked tightly. Barrels would be used to transport anything from liquids to metals to food that needed to be preserved, such as fish or olives. At this point, it would be a waste to get rid of the barrels so they were reused to transport again. However, you don’t really want your olives tasting fishy (or maybe you do) or your whiskey tasting of sulfur so a method of charring the inside of the barrels was adopted.

By lighting the inside of the barrel on fire, people were able to burn off the innermost layer of wood and discard the flavors that layer had acquired. Then the barrel could be used to transport something else without risk of contamination.

But something kind of great began to take shape as a result of using barrels for transportation and storage. It was found that the longer the distance a whiskey would go, the longer it would be in a barrel, and the darker it would become. Suddenly, it was realized that whiskey tasted better when it came out of a barrel than when it went in. This was partly a result of the oak imparting vanilla and nutmeg notes to the whiskey, and partly the charred inside of the barrel adding another level of filtration as well as a smoky element.

At Santa Fe Spirits we barrel age our Colkegan Mesquite Smoked Single Malt Whiskey in American white oak barrels. A certain percentage is aged in new oak, meaning that the oak flavors will be very strong in the finished whiskey. The rest is aged in barrels that have already been used once to age Bourbon Whiskey. The flavors from the oak in these are much weaker, meaning the whiskey will still pick up some great color and some flavor, but the mesquite smoke that we put on the barley when it is malted will remain much more apparent. When bottled, the Colkegan is a marriage of both old and new barrels, giving it the perfect flavor profile we are looking for.

It looks like we have the Celts to thank for the longstanding tradition of barrel aging whiskey, and boy, can we ever thank them enough?